This is a map derived from the “Nine Flawed Sapphires” adventure provided in the “A Dozen and One Adventures” Sourcebook (by Steven Kurtz). I tried to remain true to the original but made several modifications. The story is that this complex is serves as a warehouse/production center/hideout for someone who is illegally distributing wine (alcohol is illegal in the Al-Qadim world). The hideout is hidden behind “Sakina Falls” and can be accessed by uttering the magic words which shift the waterfall to the left. The entire place is magically illuminated (hence the reason why you will find no torches).

Since the PCs will not know the magic word, the best plan to gain entry is to ambush someone as they come out.  To facilitate that, I’ve created this rather large encounter map.

Both maps were made using CC3 and a variety of objects derived from the CSUAC or Dunjinni Forums. 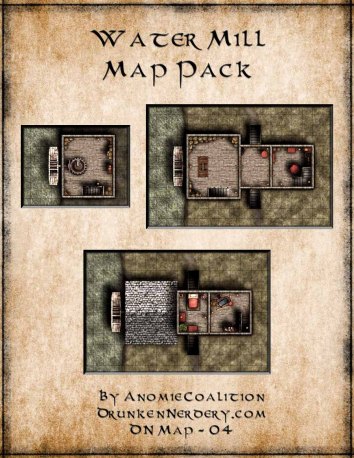 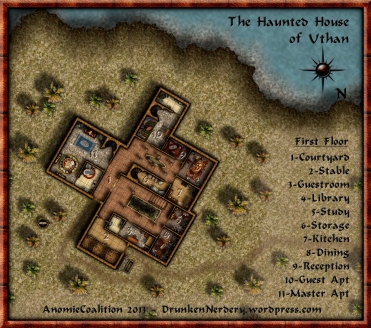 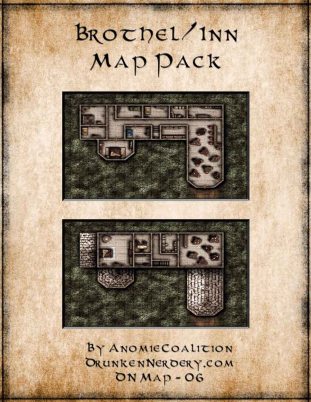 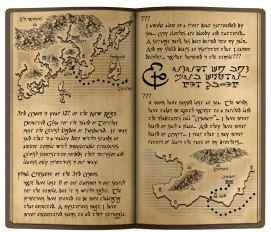 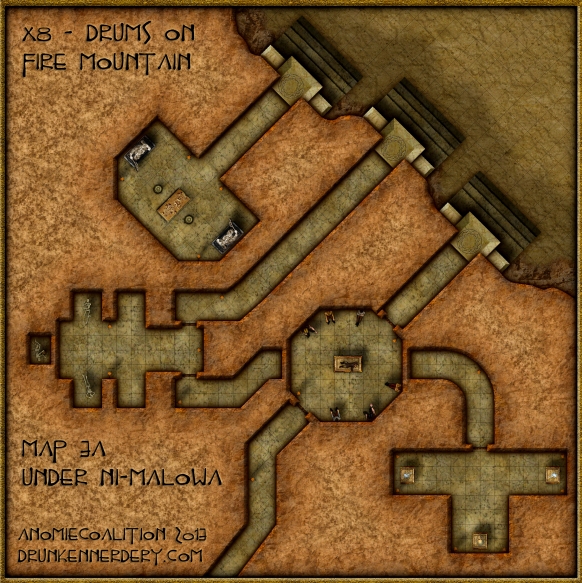 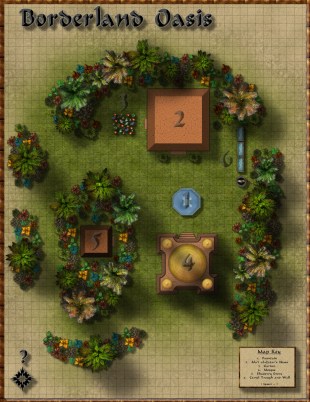 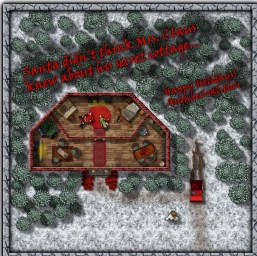 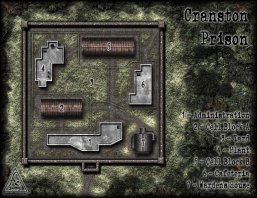